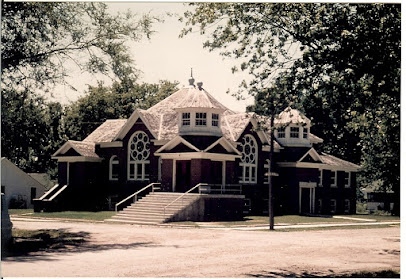 I have noticed on Facebook some have praised President Trump and the White House for the “Proclamation on 850th Anniversary of the Martyrdom of Saint Thomas Becket.” I do find much to praise in this proclamation, the call for religious liberty in all countries is to be applauded and the emphasis on life, both born and unborn, is praiseworthy and yet I disagree with much of this. Let me begin by referring to an experience I often have on Easter when in boredom, at night, I watch bits of The Ten Commandments, which is too often shown on TV during the holiday. After watching all of the religious drama one comes to the end and hears Moses proclaim, “Go out into the world and proclaim liberty everywhere.” And of course that has nothing to do with God’s work among His people. I will return to this at the end.

First the President probably did not write most of this but still it is his proclamation and he signed it. The document states:

When the Archbishop refused to allow the King to interfere in the affairs of the Church, Thomas Becket stood at the intersection of church and state. That stand, after centuries of state-sponsored religious oppression and religious wars throughout Europe, eventually led to the establishment of religious liberty in the New World. It is because of great men like Thomas Becket that the first American President George Washington could proclaim more than 600 years later that, in the United States, “All possess alike liberty of conscience and immunities of citizenship” and that “it is now no more that toleration is spoken of, as if it was by the indulgence of one class of people, that another enjoyed the exercise of their inherent natural rights.”

While I agree that Thomas Becket was a faithful servant of the Church, dying to protect her rights from secular power, this wasn’t actually about what we think of today as religious liberty. For over a thousand years the Roman Catholic Church and various kings and emperors had fought over who had the right to rule. Should archbishops and/or popes have the right to crown Kings and Emperors? Should Kings and Emperors have the right to tell clergy what to do? A lot of this was tied up in the battles between Becket and Henry II. Henry thought that the lower clergy should answer to the state when they committed crimes—Becket thought they should not, they should answer to the Church.

Perhaps the greatest argument between them was when several Church officials officiated at the crowning of Henry’s son. By custom that was the right of the Archbishop of Canterbury, Thomas Becket. Becket promptly excommunicated the three officials. (And here I must say I don’t disagree with church discipline; I believe secular office holders, and all others who encourage and uphold abortion should be excommunicated—and that’s coming from an evangelical not a Catholic.) But the decision about who had the power, was just that. The King was seeking power and so was the Archbishop.

And while I believe Becket was a saint as the Catholic Church defines saints I don’t believe Becket was the beginning of what we now think of as religious freedom. Truthfully we have to think of the Baptist, the Anabaptist and the Quakers as those who truly planted freedom of religion in first our hearts and then our laws. For instance Rhode Island, acquired by a Baptist, and Pennsylvania, procured by a Quaker were the first truly religiously free states among the colonist. This does not deny the faithfulness of Presbyterians, Methodists, Catholics and others; eventually all began to understand faith, in particular the Christian faith, would prosper further under the stewardship of religious freedom. But it is a lesson we have had to visit over and over.

But this is not my only problem with President Trump’s proclamation. While this statement is basically right,

As Americans, we were first united by our belief that “rebellion to tyrants is obedience to God” and that defending liberty is more important than life itself. If we are to continue to be the land of the free, no government official, no governor, no bureaucrat, no judge, and no legislator must be allowed to decree what is orthodox in matters of religion or to require religious believers to violate their consciences. No right is more fundamental to a peaceful, prosperous, and virtuous society than the right to follow one’s religious convictions.

This final part of the proclamation contradicts it,

This is the state telling not only churches but also schools and other gatherings to commemorate a religious holiday. By decreeing Becket’s martyrdom a special anniversary, the state and in particular a president, is in a real sense “decree[ing] what is orthodox in matters of religion.” This has undoubtedly happened because the author of the proclamation has imagined religious liberty to be a doctrine of Christianity. It is not of course but is instead a protector of all religions. That is the same as equating the story of God’s deliverance of the Hebrews from their slavery in Egypt with a general call to proclaim liberty to the world. Freedom is a blessed gift of God, and God was freeing the slaves, but he was doing so much more. His purposes were far deeper and pointing to eternity. God was calling a people to himself, redeeming them from not only hard taskmasters but purifying them for Himself. Preparing them as a people who would fulfill His purpose.

A document such as this one should be tied to the principles of our Democracy not to the celebration of the anniversary of the death of a saint. Freedom, a gift, is surprisingly less a gift to the Church, then the gift of Christ’s saints, in their death. Thomas Becket should not become a symbol for our freedom, he does not belong to the American dream, but to the Church of Jesus Christ.

Hello Mrs. Larson. I recently read your piece on Christian Identity. I'm interested in gathering more data on the following "thread" of topics: sons of God teachers who have, via "present truth," made their way into Identity/alt-right or else esoteric teachings. Some teachers that I have read include Bill Britton, Kelly Varner, David Ebaugh, Royal Cronquist, George Hawtin, Eldon Purvis, John Lash, Sam Fife, Preston Eby and others. I have interviewed 20 sonship teachers, including Bill Hamon, to clarify and document their teachings on (1) taking dominion and (2) executing judgment prior to the return of the individual Jesus Christ. I have noted that the manifestation of the sons of God seems synonymous with what the esoteric world would refer to as the "externalization of the spiritual hierarchy" to pave the way for the return of "the Christ." This appears to be supported primary through a coming into union with the "cloud of witnesses," teachings that provide another more explicit angle to what the "third experience" of the immortalization at the feast of tabernacles means to them. I have also noted that precedents to this sort thinking and pieces of the puzzle of apostasy that can be seen through (1) the writings of the Gnostic Valentinus (the renunciation, or "redemption," from the creator Jehovah and union with "angels" in the "consummation" of the "bridal chamber" when all twos are made one that God may be all in all, (2) those influenced by the Kabbalah either directly or by way of Jacob Boehme, Jane Leade, or those Latter Rain "prophets" who used her writings as a source of "revelation." I have plans to put together what I've learned in thematic sort of presentation (corporate and individual deification, ongoing revelation, anti-Semitism, executing judgment, etc.) and would love to speak with you if possible. I also have a fair understanding of the more esoteric viewpoint, primarily through the writings of Blavatsky and Bailey.

You can reach me at 1los2dos3gatos@gmail.com

Thanks for your time,

Wow, Steve, I think I remember you from years ago. Thats a lot of information you have put together. However, I think, and I think I thought this before, you are trying to pull to much together. I know that some of the Manifest Sons of God leaders dabbled a bit in the Occult, but not all. I would sort this out if I were you to make your information clearer. I am in the middle of a project and can't get back to you but will try to later, Thanks for your comments.One question I would ask you that I've wondered about myself is how many of these people are still around and are there new leaders?