The gathered storm, the love of Jesus and Rev. Tim Keller 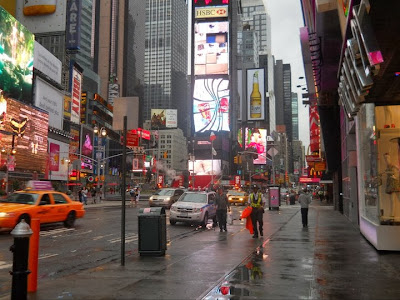 I’ve been sitting here attempting to write, afraid of my own anger which I must put aside. I have listened to a song I particularly like. Over and over I have listened.
Span of stars over head as we walk this route/ While this darkness remains I will bear your load/ And together we will tend to the seeds we've sown/ As we walk along that road to that city/
Well my eyes can't see what is waiting there/ And my mind can't conceive all that he has prepared/ There the blind will see the Son/ what was old will be young/ And the lame, the lame will run, all over the city/
I don’t belong to the Presbyterian Church (U.S.A.) anymore, I know, but I have many dear friends that do—friends that, like Rev. Tim Keller, do not believe in the ordination of those who practice biblical sexual sin, be it fornication, adultery or homosexuality. I suppose, now, like Keller, they are not qualified to win theological awards such as the annual Kuyper Prize for Excellence in Reformed Theology and Public Witness given by Princeton Theological Seminary. Or perhaps they too could have it offered and then taken away because too many progressives protest.


Keller is still speaking at the seminary and his subject is Church Mission. The Religion News Service quoted PT’s president, Rev. Craig Barnes, stating that “Reverend Keller will be lecturing on Lesslie Newbigin and the mission of the church – not on ordination.” He is still ministering.


I have been troubled by this for several days after seeing a link placed on a Facebook site I belong to, Happy to be a Presbyterian. The link was a petition produced by Princeton’s Center for Theology, The Women and Gender Advisory Council, Women’s Center and BGLASS which is Bisexual, Gay, Lesbian, and Straight Supporters. Bruce Gillette posted the link with these words, “My father Jerry Gillette (Class of 1953), my wife Carolyn Winfrey Gillette (Class of 1985) and I (MDiv Class of 1984, ThM Class of 1985) have all signed this petition. Please encourage others to join us, especially the Princeton Theological Seminary graduates. Thank You.” Of course this is good American political action but hardly conducive to care for the orthodox still in the PC (U.S.A.).


But it was very troubling to see another on the thread refer to Keller’s theology as idolatrous and in another thread where it was announced that the award had been rescinded, A Christianity Today article, a person wrote, “Because he's a homophobic and misogynistic schismatic who doesn't deserve to be honored by any PCUSA body.” That comment was liked by eight people including one of the administrators of the Facebook site.


This kind of hatefulness is a gathered storm in the PC (U.S.A.) and other mainline denominations.


Why is it that many of us who are orthodox and believe that women can biblically be ordained are appalled by Princeton’s action of taking away the award that was to be given to Keller? Keller loves the Lord Jesus Christ. He has labored faithfully a long time in a great city, New York City, which desperately needs the gospel of Jesus’ life, death and resurrection. He does not hate the LGBTQ community but longs for them to experience the transformation that Jesus bought with his cross. He cares about both women and men. He loves people. He has taught many of us with his sermons and books. His and our agenda is simply leading people to the Lord Jesus Christ.


And that is what the enemy of our Lord does not want.
It is he, Satan, that seeks to hurt or ruin those who are in Christ.  We are called to love and care for brothers and sisters and to love those who are enemies of the gospel.

Posted by Viola Larson at 9:53 PM 10 comments: Links to this post

Fierce Women of the Bible: A review

Fierce Women of the Bible and Their Stories of Mercy, Bravery, Wisdom, Sex and Salvation


Alice Connor, an Episcopal priest, is a story teller. Her stories, mostly about women and taken from the Bible, are vivid, earthy, twisted and meant to help women explore their own identity.  Spiritually Connor has a worthy motivation. She writes:


“When we talk about feminism in the church, in the workplace, and in our families, these conversations are all about power: who has it, who doesn’t have it, what it’s used for. These are good questions to ask, don’t get me wrong. But as Christians, we are called to something else. The God we worship, the God made human, seems to be all about the powerless, the outsider, whatever that means in a given story. And so often in our scripture, God calls us not to success but to faithfulness. God calls us not to power but to presence.”


This picture of faithfulness would make a beautiful framework for presenting biblical women, but Connor dismisses much of the truth of the stories and uses them as metaphors and principles for women’s (and men’s) experiences. And in doing so, although a good story teller, she misses the prophetic word of God which doesn’t center on our experience but on God’s work and purposes.


No, if one reads the story of Rahab who hid the Israelite spies, one finds a beautiful testimony to the greatness of our God. And it is Rahab’s testimony and it is about the work and purposes of God. As one scholar has noted her words about the history of Israel’s deliverance from Egypt and destruction of two kings and their peoples are part of a chiastic construction that centers the whole book of Joshua. Richard S. Hess writes “Rahab has learned her history well and responds with a reaffirmation of the fear of those who oppose Israel and with the confession that only Israel’s God controls the destiny of the world.”[1]


In a different piece I have written about Connor’s use of Asherah as a worthy biblical woman; she was, however, an ancient goddess. Asherah was one of the causes of ancient Israel’s unfaithfulness. The prophets condemned the worship of Asherah and the good kings of Israel pulled down the Asherah poles which were too often placed in God’s temple.


But Connor uses Asherah as first the missing goddess, wrongly erased, and then the missing feminine aspects of God. She then uses the goddess as a metaphor for those missing people that the community ignores, kills and erases from history. Connor, with this description, implies that Israel was evolving in their religious views and that it is acceptable to use the stories as mere images of human experience. Doing that, Connor is able to ignore humanity’s worship of false gods and the prophetic word of God that condemns such worship.


In the same manner Eve is used as an example of human growth; she is the seeker, a child who grows up. According to Connor, Adam and Eve are sinners but their sin is a matter of nature; growth, curiosity and sorrow—not fallen-ness, is the theme of the Genesis story.


Connor explains that Paul uses the story of Adam and Eve to show the importance of Jesus. She writes, “He said because we are all Adam and Eve’s grandchildren, therefore we die. And since we are God’s children because of Jesus the Christ, we will live.” But it is his death on the cross, his resurrection—it is Christ’s redemptive death that is missing in the telling.


The story of Ruth is turned into a romance novel and a cheap one at that. For Connor, there is flirting (rather than goodness) by Boaz and when Ruth goes to the threshing floor and uncovers his feet, she supposedly uncovers his penis and they have sex. And yet the text actually tells the reader when they have sex. After Boaz redeems Ruth according to the custom of Israel, after the elders of the city bless Boaz and Ruth, “So Boaz took Ruth, and she became his wife, and he went in to her. And the Lord enabled her to conceive, and she gave birth to a son.”


Still, again Connor misses the redemptive beauty in the story. She attempts to picture the people Naomi returned to as seeing and referring to Ruth as a “dirty foreigner,” but the text doesn’t say this. Instead Boaz says to Ruth, “All that you have done for your mother-in-law after the death of your husband has been fully reported to me, and how you left your father and mother and the land of your birth, and came to a people that you did not previously know.” (Italics mine.)


The blessing that Boaz gives to Ruth, “May the Lord reward your work, and your wages be full from the Lord, the God of Israel, under whose wings you have come to seek refuge,” actually is echoed in Ruth’s request that Boaz spread his covering over her as she lays at his feet. The literal meaning is a request for Boaz to spread his wing over her. It is a request for marriage as well as a request for “incorporation into the covenant people of God.”[2]


The Bible is full of stories about women, some unfaithful, some faithful, but the story, the main story is about God’s redemptive purposes in our lives. Through the telling of each story we should here the Spirit of God wooing us toward a closer walk with our Lord and God. That is not so with Fierce Women of the Bible.