Trembling before the man who uses Christianity for his advantage 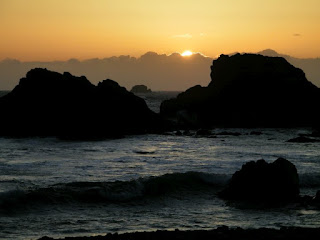 In a radio address in 1933, Adolf Hitler in his first address to the German people, stated this, “The national government will support and defend the foundations on which the strength of our nation is built. It will seek firmly to protect Christianity as the basis of our whole morality and the family as the nucleus of the life of our people and our community.”[1]

Even Niemӧller, who would later become Hitler’s personal prisoner, was at first infatuated with Hitler believing he would bring morality to Germany as well as be a defense for Christianity. And the Church in Germany failed to see that this man who hated the Jewish people also hated Christianity. He hated the ones who held to a suffering Savior rather than proclaiming a noble Jesus who would supposedly reinforce a positive Christianity. Hitler wanted a militant Christianity that promoted strength and prosperity. Jesus in his eyes was to be a hero, not divine but powerful, conquering the enemies of Germany.

And this is the point, when a leader uses Christianity to his advantage, the Church should both tremble and pray for discernment. The temptation to align with the worldly ruler is a greater hazard for the Church then outright persecution. The Church is tainted, eventually becoming a faithless Church. And sorrowfully those Christians who align with such a leader will eventually turn on brothers and sisters besmirching them and insisting they are neither patriotic enough nor true Christians. I am thinking of such faithful leaders as Timothy Keller and some members of the Gospel Coalition. There are others who are slandered.

Daniel and his three friends are examples of faithful believers who although captives and subjects of a narcissistic ruler were never committed to him but rather were committed to the God of Israel. They served God not Nebuchadnezzar. And here is the interesting part. Every time Nebuchadnezzar experienced the power of God he would proclaim how great Daniel’s God was.

“The King answered Daniel and said ‘Surely your God is a God of gods and a Lord of kings and a revealer of mysteries, since you have been able to reveal this mystery.” (Daniel 2:47)

Yet he was using these faithful Hebrew men for his own purposes and not until the end of his story did he truly commit to God. In much of his insincerity he was a danger to believers proclaiming what he did not believe. His morality was unaffected. After losing his sanity because of his boasting and then regaining it he was able to proclaim, “… I Nebuchadnezzar, raised my eyes toward heaven and my reason returned to me, and I blessed the Most High, and praised and honored Him who lives forever;

…Now I Nebuchadnezzar, praise, exalt and honor the King of heaven, for all his works are true and His ways are just and He is able to humble those who walk in pride.”

Daniel and his three friends possessed several marks of faithfulness as they served the king. They worked secretly to make sure they didn’t make use of the king’s bounty of food and drink. They told the king his faults when it was necessary, even telling him that he might escape judgement by breaking away from his sins by doing righteousness and “from your iniquities by showing mercy to the poor.” They refused to obey any command that consisted of idolatry even when it angered him and placed their lives in danger. In fact, they stood against a nation of people who were willing to indulge the King to the point of worshiping him.

They were never on the side of Nebuchadnezzar, but rather on the side of the Lord. And in that place of honesty and faithfulness Nebuchadnezzar, the Jewish people and eventually the Church was blessed. The Church belongs to Christ and His people are called to faithfulness, discernment and courage. Take pleasure in the purity of Jesus’ commitment to His Church and to us the individual members of His Church. We are home in Him no matter the growing darkness nor the insistence that there exists others besides Christ who can bring us out of the darkness.

This was an excellent post. I think you hit on several really important points.

Here is one: " And this is the point, when a leader uses Christianity to his advantage, the Church should both tremble and pray for discernment. " This is in fact the essence of taking the name of the Lord God in vain. It is a violation of one of the 10 Commandments.

In reference to Hitler, he probably thought Jesus was a loser and a sucker. He liked the hero Jesus, but not the Prince of Peace Jesus. Not the suffering servant Jesus. Not the Jesus who said that if you wanted to be the greatest of all you had to become the servant of all. Hitler was a lot of things, but he was never "the servant" of anybody.

We are living in historic times and I really wonder how it is all going to play out.