A Great divide Among the Orthodox 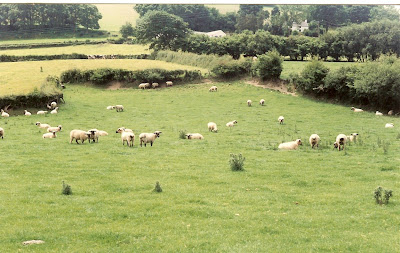 Years ago, working as a researcher for Apologetics Resource Center, I was examining the actions and theology of a group known as Aggressive Christianity, a group that was preying on the youth of evangelical churches. They were persuading them to enter their commune, leaving behind their church, families and friends. The leaders knew I was in the midst of my research and writing an article about them. One day we received their little newsletter. In its pages was a caricature of Walter Martin, evangelicals will know him as The Bible Answer Man, he was holding a dog by its leash. The dog had a name, Viola Larson, Heretic Hound.

All of us in the ARC laughed at this and even suggested we produce a button to wear with the name heretic hound.

But the true gift of the insult was the letters we received from others who had also received the newsletter. Their big question, “Okay, tell us what this group is really into”?

This particular group was not Christian although they professed to be. Their beliefs and their actions had moved them far beyond the right to that holy title. They destroyed families and constantly insulted the Church, pastors and other Christians.

That was, as I stated, years ago, today, I am not laughing but grieving because of some who profess the name Christian and yet are willing, in the same manner, to insult other Christians, even lying about them. These are such troubling times and it seems to me that a great divide is happening among us. Not between the progressive and the orthodox but among the orthodox.

I believe an idol is lifting itself up, attempting to pull the Church in pieces. Of course Satan is the one who wishes to destroy the Church and he does push idols in our path. But what that often means, in our own time, for the last several centuries,  is we turn our attention to human idols—we look for salvation in the human—those who magnify themselves as saviors—and we believe the lie, and so we lie. Examples are endless.

Several weeks ago I was troubled to find a friend had posted a video produced by Jon Harris who insists he is reformed and orthodox while at the same time appearing to be racist. In his video, “Why are all my friends Marxists, he places a quote by Abraham Lincoln. It is actually from a debate with Stephen Douglas during Lincoln’s campaign to become Senator. Lincoln states:

I am not nor ever have been in favor of bringing about the social and political equality of the white and black races that I am not nor ever have been of making voters or jurors of Negroes nor qualifying them to hold office, or intermarry with white people; and I will say in addition to this that there is a physical difference between the white and black races which I believe will forever forbid the two races living together on terms of social and political equality … I will add to this that I have never seen, to my knowledge, a man, woman or child who was in favor of producing a perfect equality, social and political, between negroes and white men.

Harris is attempting to prove that Lincoln did not fight the Civil War over slavery but for political power. Henry Louis Gates, the “Alphonse Fletcher University Professor and Director of the Hutchins Center for African & African American Research at Harvard University,” seeing the quote in a different context looks at the evolving views of Lincoln. He writes, “But the truth is that until very late in his presidency, Lincoln was deeply conflicted about whether to liberate the slaves, how to liberate the slaves and what to do with them once they had been liberated.” Gates concludes:

“Two things dramatically changed Lincoln’s attitudes toward black people. First, in the early years, the North was losing the Civil War, and Lincoln quickly realized that the margin of difference between a Southern victory and a Northern victory would be black men. So, despite severe reservations that he had expressed about the courage of black troops (“If we were to arm them, I fear that in a few weeks the arms would be in the hands of the rebels…”), Lincoln included in the Emancipation Proclamation a provision authorizing black men to fight for the Union.

Three days before he was shot, Lincoln stood on the second floor of the White House and made a speech to a crowd assembled outside celebrating the recent Union victory over the Confederacy. With his troops and Frederick Douglass very much in mind, Lincoln told the cheering crowd, which had demanded that he come to the window to address them, that he had decided to recommend that his 200,000 black troops and “the very intelligent Negroes” be given the right to vote.”[1]

It was evidently this last speech that was the cause of his death at the hands of John Wilkes Booth.

With another video Harris attempts to prove that Ahmaud Arbery’s death was not murder. Additionally Harris attempts to attach both a secular and a progressive viewpoint onto those Evangelicals who are concerned about racism. Because they use some terms which are academic and secular, such as critical race theory, as tools in their ministry to overcome racism within the church Harris calls them “woke” Christians.

Harris, in many videos has disparaging words to say about almost all well-known Evangelicals. This includes Russell Moore, The Gospel Coalition, Beth Moore, Mark Dever, Timothy Keller, even Rosaria Butterfield, the lady who was a lesbian professor who became a Christian and married a conservative Reformed pastor.

The awful put downs of those whom God is using during this troubling time cannot be the work of the Holy Spirit. The disquieting divisive comment made by another friend is simply a lie. Concerned because David French, Senior Editor of The Dispatch was encouraging Christians to not be afraid of their witness the person uttered what I consider one of the most contemptible lies about a fellow Christian. He wrote, “French and his wife now seem to agree with the policies of the Democrat party straight down the line, including infanticide and persecution of Christians who dissent from LGBT.”
But rather David French wrote, in his article, “How then Should Christians Vote:”

Assuming Donald Trump is the Republican nominee, I can’t vote for him. Even if I do like some of the things he’s done, he lacks the character to be president. But I cannot join some of my Never Trump friends in backing the Democratic nominee. Many of them may well pass the character test, but I cannot vote for a person who would put in place policies I believe are harmful and potentially destructive—especially to unborn life.

These words by French are part of his faith commitment. They are his commitment to Jesus Christ. How can any Christian in these times attempt to assassinate another’s character as Jon Harris and the Christians on my Facebook page are doing? Many are looking to Dietrich Bonhoeffer and the Confessing Church as examples of how the Church must act today. They see the division between the German Christians and the Confessing Church as a reflection between the orthodox and the progressives of today—and some of that is so—but the story and the reflection is far more complex than many imagine.  Yes, the German Christians as a whole were liberal, even progressive, in their theology. But they were also nationalist. Their vision of the greatness of their nation and their desire to be power players in that nation put them at odds with the Confessing Church.

I return to the insults, the lies—the gift in this case is the privilege of standing on the side of Christ, the crucified Christ.

Perhaps we have forgotten our true calling.

I am enjoying watching you post again. I'd like to let bygones be bygones and apologize for some of the harsher things I've posted to you in the past. We share a passion for the Gospel and we should let that be our guiding principle. And lying should be as far from our lips as the Heavens are above the Earth. It is the fool proof “Test” we give a Spirit to know its origin. We may not agree on all things, but on this we agree.

I've always thought that if an American presidential candidate gave in English, to the American People, the speeches Hitler gave, and replaced the Jewish people with some other 'enemy', he would easily get elected. I never thought I'd actually live to see the day. Trump is not as inspiring to Americans as Hitler was to the Germans, or Mussolini was to the Italians, not by a far cry, but the themes and methods are unmistakable. One would think the Church as a whole would know better than anybody throwing its weight behind such a man.

I was exuberant when America elected Obama because I thought it meant that America had turned the corner and was finally learning to live into the dream of judging a person not by the color of their skin but by the strength of their character. Trump proved me wrong. But the arch of history bends towards justice, and I am encouraged that America is re-thinking its whole status quo regarding race relations. "neither Jew nor Greek, there is neither slave nor free, there is neither male nor female"...

Our ancestors in the 1870s and again in the 1850s and 60s and again 100 years ago, and then again in the 1960s set a vision and followed a path, but did not finish the journey. Perhaps now is the time. The 13th Amendment should be re-written to say we abolish slavery without exception. Liberty and Justice should be for ALL. We need to listen to our Black brothers and sisters about their daily lives. And what it is like to get pulled over and see your body lit up by little red dots of laser target indicators, just because you are black. And being afraid to go jogging in your own neighborhood because someone might call the cops on you assuming you are a thief or a robber; or even worse take it upon themselves to use deadly force to arrest you themselves, because whites think blacks don't run unless they've committed a crime.

And as those with the power of the Holy Spirit and armed also with our position of White Privilege, we who are in a position to break the cycle of violence and prejudice and oppression, maybe its time we did just that.