What angels long to look into 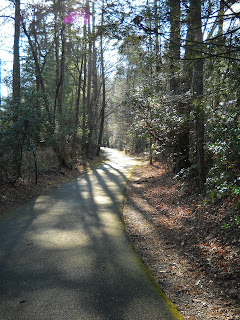 “It was not always so. Once we knew the Oyarsa of your world—he was brighter and greater than I—and then we did not call it Thulcandra. It is the longest of all stories and the bitterest. He became bent. That was before any life came on your world. Those were the Bent Years of which we still speak in the heavens, when he was not yet bound to Thulcandra but free like us. It was in his mind to spoil other worlds besides his own.  He smote your moon with his left hand and with his right he brought the cold death on my harandra before its time; if by my arm Maleldil had not opened the handramits and let out the hot springs, my world would have been unpeopled. We did not leave him at large for long. There was Great War, and we drove him back out of the heavens and bound him in the air of his own world as Maleldil taught us. There doubtless he lies to this hour, and we know no more of that planet: it is silent. We think that Maleldil would not give up utterly to the Bent One, and there are stories among us that He has taken strange counsel and dared terrible things, wrestling with the Bent One in Thulcandra. But of this we know less than you; it is a thing we desire to look into.” Out of the Silent Planet C.S. Lewis

“It was revealed to them [the prophets] that they were not serving themselves , but you, in these things which now have been announced to you through those who preached the gospel to you by the Holy Spirit sent from heaven—things into which angels long to look.” (1 Peter 1: 12)

The music below is from the great Welsh revival- Here is Love—words first in Welsh and then English. It is into the death and resurrection of Jesus that the angels long to look and surely do look. But only sinful humanity can truly understand.

As a missionary kid growing up in Brazil more decades ago than I care to believe, we used to get free books donated by church members mailed to us. We signed up for books out of a "Readers Service" catalog, and then it was pot-luck what showed up. I loved science fiction and under the catalog of science fiction I ordered a book called "Out of the Silent Planet". Such an intriguing title for the 13 year old kid that I was.

I remember reading that passage as clearly as if it was yesterday. LOVED it. Here was a guy mixing science fiction with Christian imagery and theology. I felt as if I was the only person in the world who really understood what he did. What a neat trick, I thought! So I asked my Dad if the CS Lewis that wrote Screwtape Letters also wrote science fiction. He assured me he did not. "Must be a different CS Lewis", he said.

I carried that misinformation till I was in college! I was very proud of myself when I set him straight.

I really love that passage.

Have you read all three of Lewis' Si-Fi trilogy?I am redeading them now.

I have, but it's been so long I barely remember. "Out of the Silent Planet" may be the best, but it could also be that I imprinted on it because it was such a wonderful surprise to read when I had never hear of it before. It could be fun to read them again.